Day 12 is the walk from Palas de Rei to Melide and is one of the more unremarkable on the Camino. The walk is 14.6 Kilometers or 9.1 Miles and is actually one of the shorter walks! This is because the walk that follows, from Melide to O Pedrouzo is the longest on the Camino. The walk itself is more of the Galician countryside you will have by this point grown accustomed too since Triacastela. It follows a winding path through farms in which you will be surrounded by more cattle than people for a vast majority off. This path is actually remarkably shady especially compared to the walks both directly preceding and after it. The walk to Palas de Rei from Portomarin the day before is a remarkably ordinary one of 24.1 kilometers or 15 miles and should not cause any injury for this day’s walk. 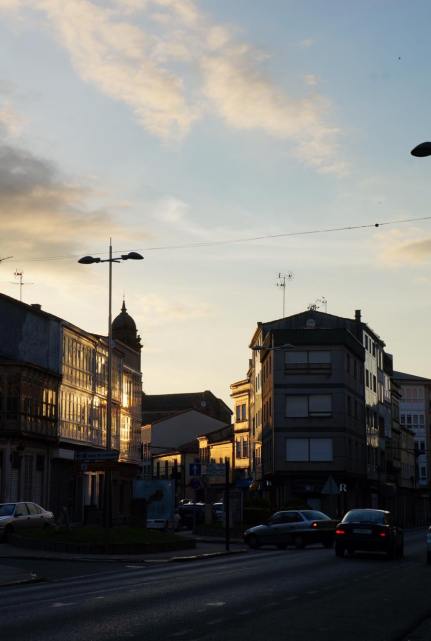 As the walk to Melide is short enough that someone moving at 15-minute miles can actually complete it in 2 ½ hours it is tempting to race in order to maximize the time spent in recovery at your destination. I would advise against this however for three reasons, firstly the way is particularly shaded and thus you are spared from the sun, especially near the end where you are completely off road and traveling on a dirt path enclosed on both sides by foliage. The second relevant point is the fact that the Albergue we stayed in during the Camino of 2016 year did not open until 11am anyway. The third and most relevant point is the fact that Melide is an uninteresting city when compared to others on the Camino and carries no large historical connotation besides its inception and continued existence being reliant as a rest stop on the Camino. After sampling two of the regions signature dishes, Octopus and Pigs Ears, we made the interesting discovery of a Restaurant that specifically catered to a Vegan diet, among other options! The Albergue itself featured a floor of dormitory living as well as the first reliable Wi-Fi since Sarria. In closing Melide should be a restful stopover, as you will most likely be pushed to leave earlier tomorrow then any other day.

Also do not allow any amount of peer pressure influence your decision to partake in the Pigs Ears. 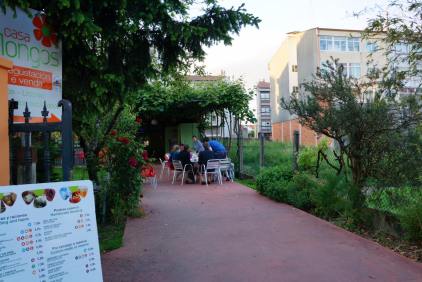 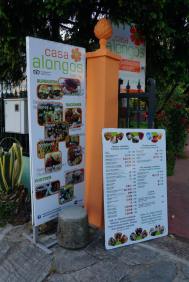 Palas de Rei, where we arrived on June 5, has been a stop on the Camino de Santiago since ancient times. According to tradition, the city is named for a Visigoth king, Witiza, who ruled the area in the early eighth century. The city has long been linked to Spanish military history and has a very well-preserved castle from the 14th century. The city seems to have really expanded as the popularity of the Camino has grown, leaving the city as an interesting mix between the medieval and the modern.

The walk to Palas de Rei was long but very enjoyable. We had excellent weather, which always makes the day’s walk better. The day started out with some nice fog which helped to cool off the Spanish Sun that Dr. Myers always warns us about! A tip for future peregrinos and peregrinas: the first place to stop for food isn’t for several kilometers outside of Portomarín, so if you walk better after having eaten some food, either eat something in Portomarín or bring some food to snack on along the way.

We split up for lunch, with some of us going to a Pulperia (home of the famous Galician octopus, or pulpo as it’s called here) and others getting some burgers at a local pub. Because it was a Sunday, a group went to the Church in town where one of our Camino friends, a bishop from Brazil, said Mass. We met this Bishop initially in Rabanal where he said Mass at the monastery there, and we’ve walked alongside the Bishop ever since. For dinner, we enjoyed a group meal at our albergue. Our albergue was very cool – we had the entire third floor to ourselves, which had some nice sitting areas in addition to the usual bunk beds. Several of us did experience some issues with the motion-detected lighting, which seems to be a common lighting trend along the Camino. Waving one’s hands in the air or opening doors tends to turn the lights back on (another tip for future Caministos and Caministas!).

In Palas de Rei, we also focused on domestic medieval architecture and city planning. Unfortunately, many homes of medieval peasants did not survive, so much of what we know about this topic comes from surviving wealthier houses or urban areas. Most medieval houses were built of wood, with the more expensive ones having stone, and had relatively small windows. In cities, some houses were built almost like townhouses, with houses adjoining and external staircases leading to higher floors. Medieval Spanish towns were typically enclosed by walls to protect against invaders, so builders had to look up instead of out. These towns were often planned block by block rather than in a coordinated gridiron system unless they were built on ruins. One of the most prominent features of the Spanish medieval town that remains a prominent focus in many cities, the Plaza Mayor, was actually inspired by Islamic architecture where a town had a central space in town for all of the major municipal buildings.